Carol Taylor, an Australian attorney and fashion designer, was walking her wheelchair among her models, broad smiles and applause from the viewers of the show, who saw in front of them 9 models with special needs wearing what the Australian designer called "air-conditioned fashion", it was in Last August, Mercedes-Benz Fashion Week, which is being held in Brisbane, Australia, is in its thirteenth year.

Pictures of fashion models spread on social networking sites, the pictures had a great impact on the hearts of Facebook pioneers, love and amazement, and the certainty that the will is stronger than anything, this was their case, the pictures were not limited to Australia only, where I got thousands of posts, until I reached Facebook visitors The Egyptians, who interacted with her with love. 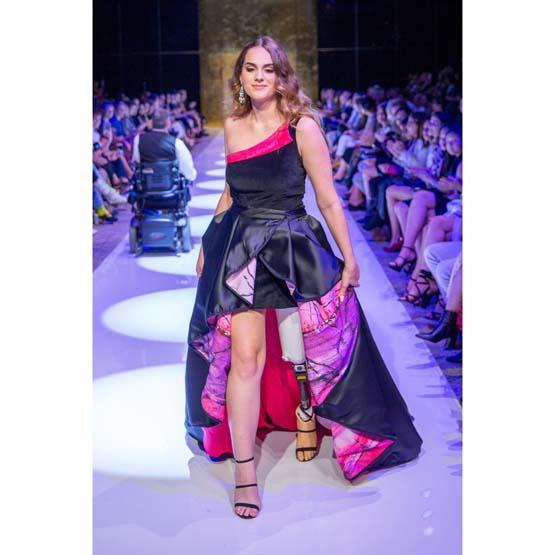 The story does not start with a unique fashion show scene for people with disabilities, but it starts much earlier, the story can be told since the 9th of July 2001, Carol does not forget that date, there are moments when one does not become the same as before.

Before that day, Carol was busy in the field of attorneys, specifically commercial law and immigration law, and she was settled with her husband Robert, building their lives together, and dreaming of having a child, but fate was carrying another measure for her.

On the morning of July 9, Robert and Carol were on their way home after spending their vacation, but the snow blocked their way, and the car flipped over, the roof collapsed and hit the back of Carole's neck, then she felt paralyzed in her neck, and in the next moment she did not know how to move her feet "Then I knew I wouldn't be able to walk for the rest of my life."

Carroll did not understand what was happening, but she found a helicopter landing on the ground, and as a movie scene is running around her, there are many who are flying around the overturned car, and Carol is struggling with life, then the plane took her to the hospital where she will spend a year there. 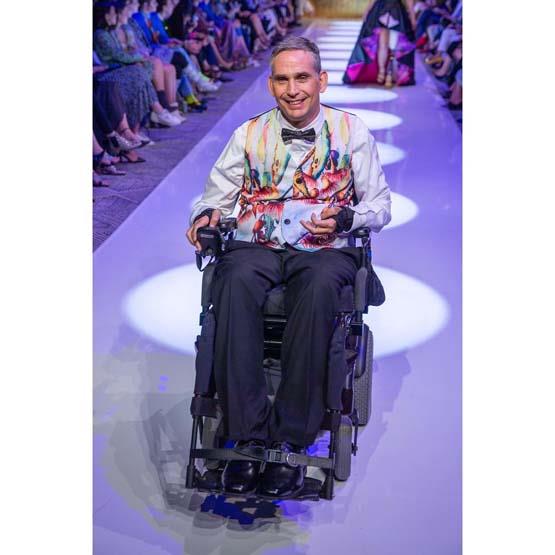 Life in a wheelchair

"Quadriplegia" .. That was Carol's injury as a result of the accident, her life changed forever, she says to Masrawy via e-mail. Despite everything that was happening around Carol until her hospitalisation, she was only thinking about one thing, “Will I be able to conceive or not?” Carole was put on resuscitation, her left lung collapsed, and for a long time she was unable to speak. My husband and sister were holding The alphabet to spell it. "Alongside that agony was another question on Carroll's mind.

Carol did not wait for her worst nightmare to materialise, but took the initiative to ask him, as she asked Robert to divorce, "but thank God, his answer was no."

After Carol was discharged from the hospital, she underwent months of painful physical therapy, until her arm recovered some movement, "but my fingers were still in a state of paralysis", and after a long time I was able for the first time to lift a cup without help "It was an exhausting victory", as I spent hours in the gym Accompanied by a sports therapist, those times were depressing, when the lawyer did not see any result, but with her determination she was able to strengthen the muscles in her arms, thanks to which she succeeded in writing with her hands, although it was impossible with a quadriplegic patient. 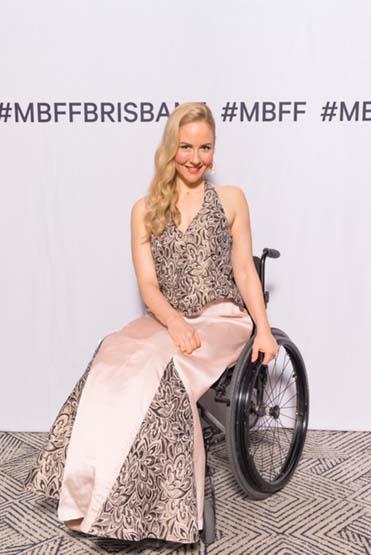 Carol does not forget to support her husband, for in every step Robert gave her the strength to continue the fight, but the moment most grateful to her is: It was on September 12, 2001, roughly two months after the accident, when it was the first day that Carol was in a wheelchair, coinciding with the third anniversary of her marriage as well.

Carol recalls when Robert walked her to the hospital café, there her parents were standing, while the joyful music played as a sudden background, and upon it, Robert bowed on his knees in front of Carol, renewing the wedding vows. 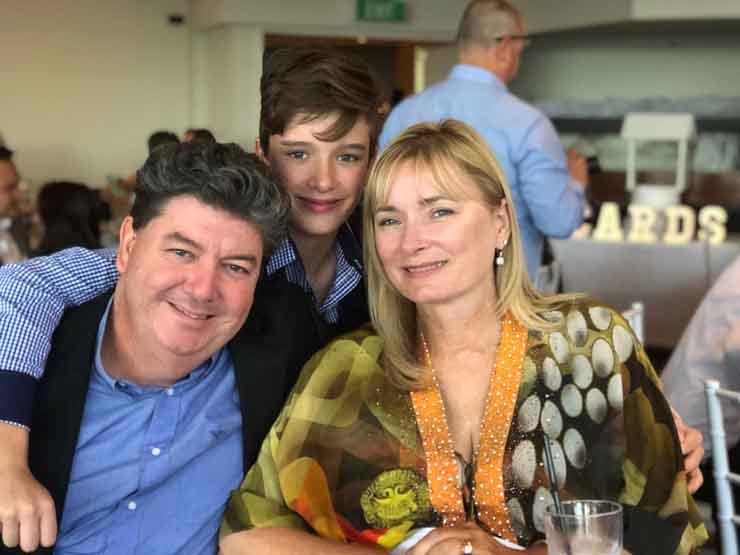 The endless support Carol found from her husband, and her strength emanating from her, fueled the life of a lawyer and fashion designer, so that she could arrange it again after her stumbling, but in a new way. The four years after the accident were the most difficult, trying to adjust to the new life, and her paralyzed body.

The smallest thing was pushing Carol to the edge, she still remembers clearly the moment when Robert opened the door of the house after a full year in the hospital. The hall, reminding her of the heels, "shoes I know I'll never wear again."

In the early years after the injury, Carol wore shoes and sweatpants, “and it seems that these are the right clothes for those like me.” Carroll assumes that these clothes were easiest for nurses and supporters for people with disabilities. To wear those clothes. 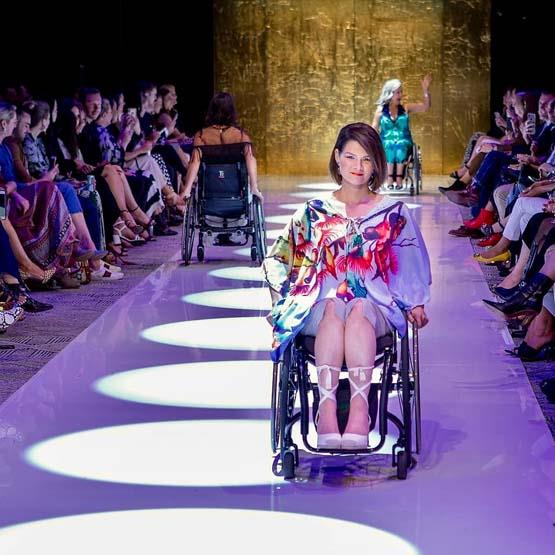 Why don't people with disabilities dress in fashion?

Carol loves fashion, and believes that wearing fashionable fashion is her right, just like everyone else, in addition to that it affects identity and self-confidence, and most importantly, it affects the way the outside world views us and treats us, imagine going to a work interview in a sports uniform? Is that appropriate? "

Carol describes her husband as a wrestler, and besides all those frustrations, she had the biggest defeat inside her, which was her inability to conceive. In his other hand is a registration form for art classes at a college, "I never drew before, I thought he was crazy." 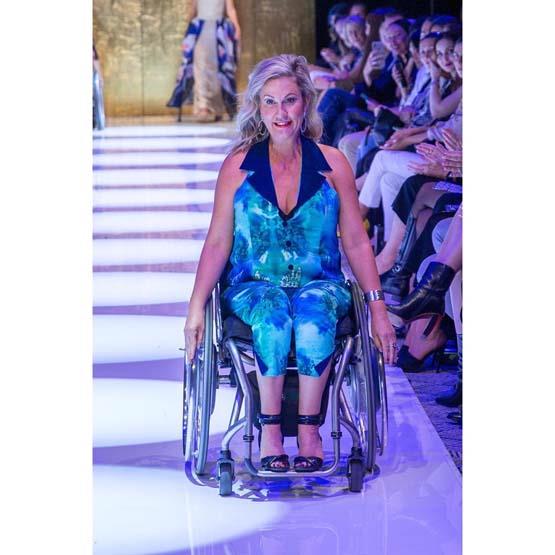 Nevertheless, Carol attended one class with a group of students who avoided dealing with her, and the drawing instructor "completely ignored my presence", so that the coach directed his conversation with Robert, as if Carol was not present, and recommended the art of spray painting on the canvas. " The house is crying, and I never come back. "

With Robert's support, Carol was determined to find a way to embrace beauty with her. She spent years teaching herself to draw from books and CDs. Indeed, she felt better over time. At first she focused on painting with oil, before she became tempted by watercolors. Become my yoga ", and now she is selling her artwork, she even auctioned for MS research and spine therapy, besides winning many artistic awards, she became a member of the Queensland Watercolor Society and the Royal Arts Society. 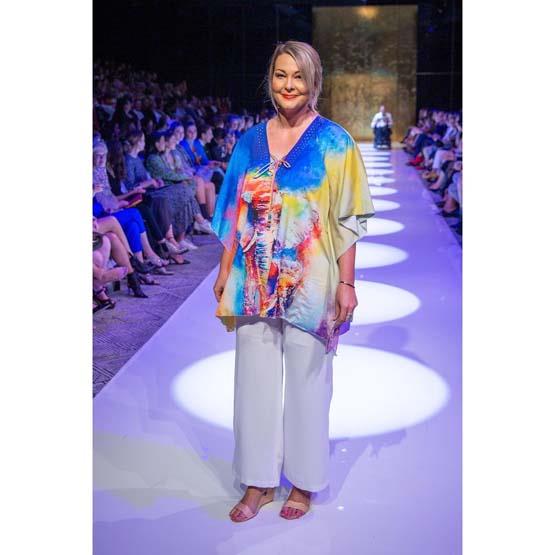 With Carroll coping, she and Robert never gave up hope for a child, despite 8 years of IVF and 15 embryo transfers, but each pregnancy resulted in only miscarriages that "were heartbreaking times." That Carroll was feeling a failure as a woman and wife, but in 2005 they had one last attempt.

Carole could not believe herself when she found herself pregnant, and she had to spend 5 months in the bed to keep the fetus. All the difficult times that Carole went through melted away when she saw her "little miracle" as described by her son Darcy. Now the boy has twelve years old.

During Darcy's years of age, Carol was nothing but a mother, which is the best job, she says. She gave up the legal profession because of her disability, but as Darcy's independence increased, she began to feel that she needed to work. It was able to settle transfers of property in Australia via the Internet, and thanks to that, it was able to establish its own law firm in 2015, to be the first law firm in Queensland to conduct an immediate electronic settlement via the Internet between properties thousands of kilometres apart. 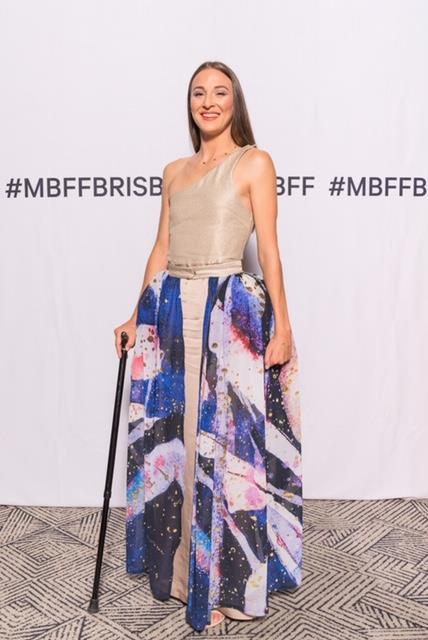 During the 18 years of Carole's life, she was feeling very frustrated with the shopping experience, as she was unable to find clothes that fit her while sitting in a wheelchair. This was not the only suffering, as the nature of her sick body has other considerations, including that the body temperature is not stable, This requires her to change her clothes when she feels hot or cold. "Sometimes I have to wear other clothes in the car or in the bathroom for people with disabilities."

And because she could not buy what she liked from the stores, she decided to design her clothes herself, she was adept at drawing, and she collaborated with a tailor who sews her designs, thus she was able to overcome some of the clothing problems, including that she designed gloves to overcome the change in her body temperature. Not only that, but she designed clothes suitable for four men with special needs, Carole realizes that a person in a wheelchair needs to wear rather large clothes so that the caregiver can put them on "which makes our clothes look ridiculous", and that the muscles of the body A paraplegic collapses due to sitting for life in a wheelchair "so I was taking into account all these problems, including my use of magnetic buttons."

Carol is well aware of what people with disabilities suffer when they wear clothes, the smallest details that bother them, so when he contacted the Mercedes-Benz Festival to design a set of 9 air-conditioned clothing items, she was not afraid to experiment, and immediately she agreed.

Every designer who exhibits his collection at Brisbane Fashion Week has worked on it for a whole year, until he can finish, but Carol only had 12 weeks, during which sleep was optional. Carol says that the concept of "air-conditioned clothing" is not new, but from her point of view, The clothes took a more casual look, and her collection wanted to be trendy. 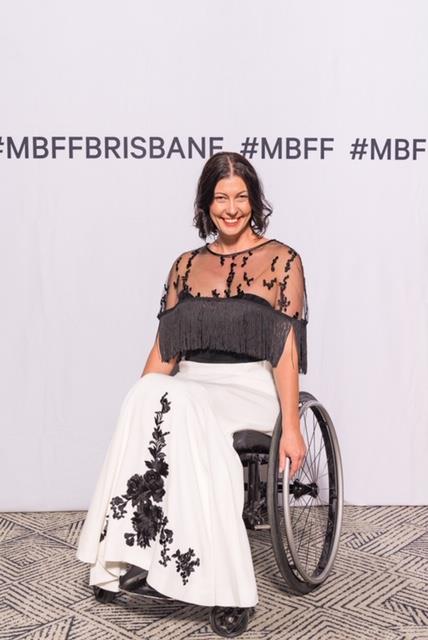 Carol is full of life, so she wanted her group to be filled with colors, blue as sea, stark red, purple and many other colors she used in the designs, the nine models were surrounded by looks of admiration, some of them sitting in wheelchairs, others walking but injured in the spinal cord, smiling one of them. She walks with a prosthetic foot, wearing a beautiful dress that does not hide her handicap, and in the end, when Carol appeared on the show, she had the biggest smile on her face, remembering that this would not have happened had it not been for the arts award she won in 2018, which was $ 10,000.

With this award, Carol was able to establish her own fashion line under the name "MeQ", and that was his first fashion show.

During the working weeks, Carol drew inspiration from classic Hollywood legends, and replaced some materials such as buttons that made them magnetic, even the zippers made them either magnetic or completely hidden.

About 20% of the Australian community is people with special needs, who are not thought of by fashion designers, so Carol's fashion line expresses them, and through her project, she tries to change the fixed landscape in the field of fashion "I like to see people with disabilities lining up in front of rehearsals of stores, we need To feel like we are beautiful people, ”says Carroll,“ that percentage in Australian society is a big market share, and brands have decided to ignore them, ”so I’m thinking about turning it into business as well.

Carroll launched the project name "MeQ", and Astouhth disease quadriplegia "quadriplegic", through that dream Todd Carroll to become her own fashion in her voice, and open the line for the development of clothing to be the first in the world designed for the paralysis of the Quartet.